Carmona sits atop the last major peak of the Alcores range at an altitude of 235 m, from where it dominates the vast, fertile plain known as La Vega del Corbones.

In its time, Carmona was one of the main populations of the Lower Guadalquivir. The environment that surrounds the town gives us a clue towards its historic importance. The city could control the main communication routes from the Guadalquivir valley given its naturally strong defensive position, on the Los Alcores hillside, above the Vega de Carmona lowland and the terraces.

Los Alcores are a tertiary formation of a triangular structure, which goes from the northeast to the southeast between the towns Carmona and Alcalá de Guadaíra. They are detritic limestone that appear as a conglomerate of very fragmented fossil remains joined by calcareous cement.

The Vega de Carmona is a plain bordered by the river Corbones to the northeast and the river Guadaíra to the southeast, formed by vertical clay ground that breaks up during arid times and becomes humid during the wet season. Wild olive trees are the most common vegetation, but they have practically disappeared due to the intense farming carried out on this landscape.

Las Terrazas stagger over 20 km between the Los Alcores hills and the banks of the Guadalquivir in its confluence with the Corbones. 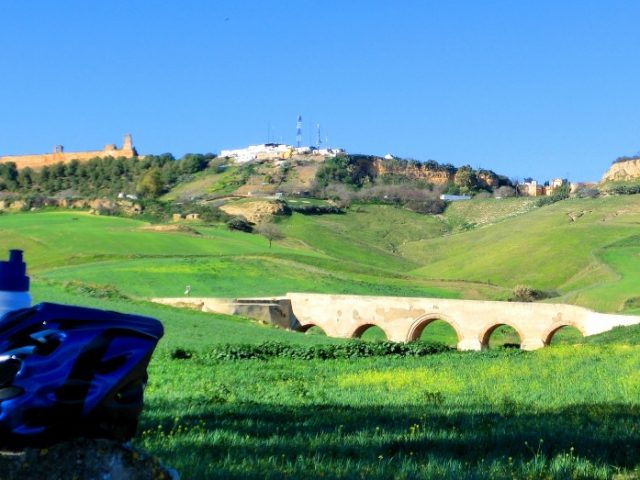 Carmona Bike Tours is a company which was formed in 2014 by two youngsters from Carmona with the idea of highlighting cycling tourism. They offer tours and bike hire in Carmona.  Languages: Spanish, English. 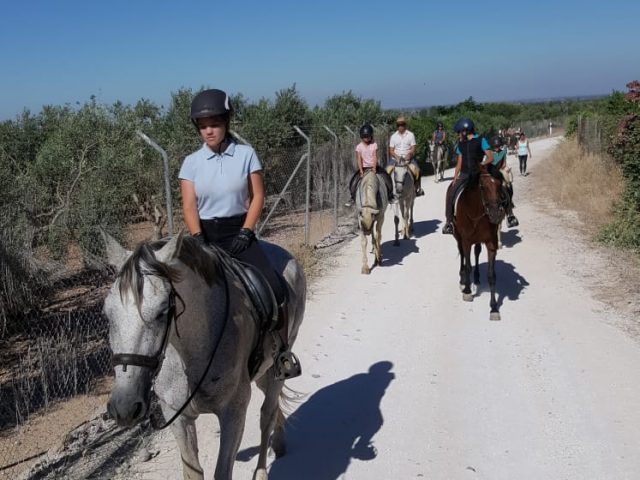 The Club Caballista de Carmona (Horse riding school) organises treks both within the municipal district of Carmona and outside of it. 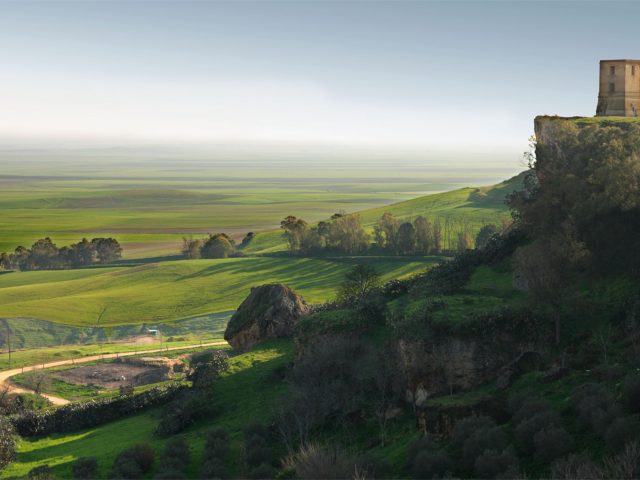 The escarpment gives us a scenic value of high visual quality. The vegetation has been almost completely replaced by agricultural land. There are small pockets of scrubland-grassland remaining. It is a SW-NE facing tabular relief with an altitude of between 100 and 220 metres.  The substrate is made up of loamy sands, sandstones, calcarenites, blue loams, etc… which develop medium quality soil for farming use with limitations. The most common fauna to be seen here are species such as buzzards, kestrels, booted eagles, blue tits or snakes, among others. How to get there: Opposite the Alcázar de la Puerta de Sevilla (Fortress of the Port of Seville), take the ‘camino del matadero’ path up to the old station where it splits from the Vía Verde de los Alcores trail which leads to the escarpment. 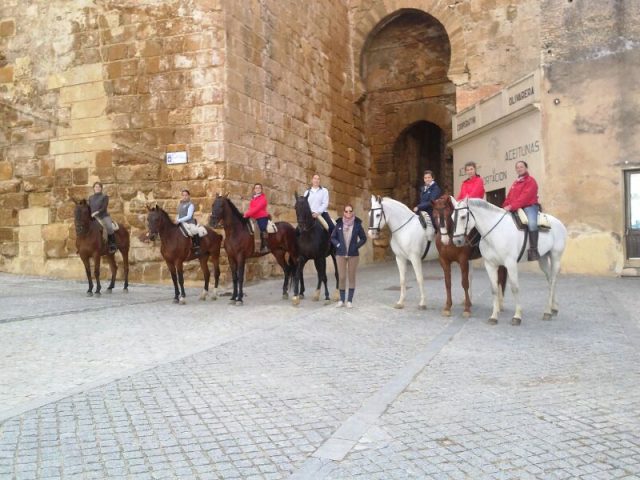 This association provides horse-related services for anyone who is interested in the fascinating equestrian world. It is located in Yeguada El Arroyo (stud farm), Carmona, Seville province. The association also organises horse riding excursions in the countryside and the town centre, as well as horse and carriage rides. 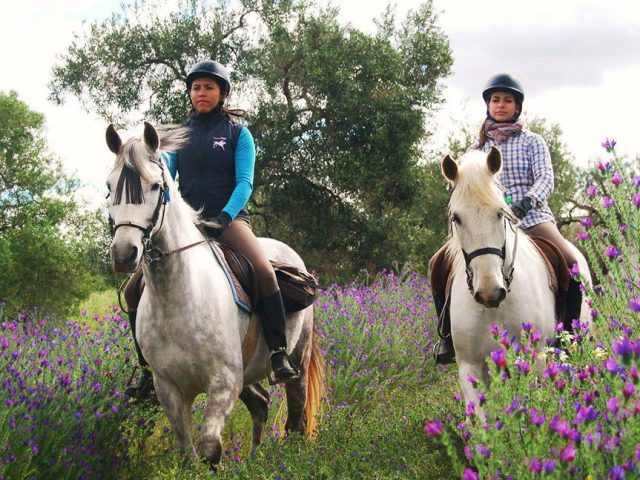 Epona horse riding centre offers different types of horse riding classes, with accommodation for students. This is the best option for those looking to relax by being in direct contact with nature. Enjoy an unforgettable stay in the only 16th century country estate in the whole of Spain. It is also very well communicated with Seville and the oldest habited town in Europe, Carmona. Epona’s horse riding school offers four fantastic programmes: – Horse riding holidays – Intensive training – Dressage with Rafael Soto  – Dressage and training course in the secondary school

The Vía Verde de los Alcores is a natural trail that covers the Vega -lowlands- that runs parallel to the Los Alcores hills from Alcalá de Guadaira until Carmona in the province of Seville, covering a total of 25 kilometres. This trail can be carried out on foot or by bike, and passes through typical countryside settings, close to historic centres such as Carmona.  Trail location

The Cueva de la Batida environment trail combines elements of heritage and nature that form part of Carmona’s countryside. We will walk on ancient Roman and Medieval paths, passing the Mudejar San Mateo chapel, the Cueva de la Batida quarry, the Roman bridge and remains from the Vía Augusta. Walkers will also be able to enjoy unique views of the Alcázar del Rey Don Pedro and the Puerta de Córdoba. We will also come across flora native of Los Alcores, which is protected, such as thyme and fennel, and fauna that is typical of this area. The trail is five kilometers and can be covered in a approximately one hour and forty minutes. More information about the TRAIL