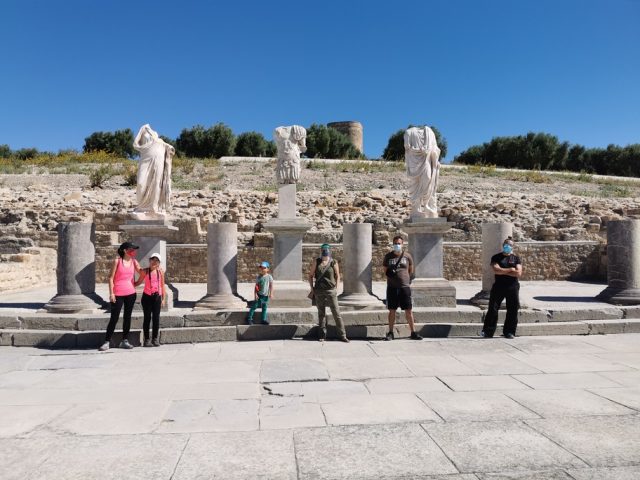 Tour company who offers local tours, experiences and educational workshops for groups and individuals. Both tours and workshops can be delivered in English and Spanish.

The Public Market (Former Convent of Saint Francisco) is located in Osuna’s Plaza Mayor. In the 19th century, it was moved to the cloisters belonging to the ancient Madre de Dios convent of Franciscan friars, founded in Osuna in 1531. In 1504, Inés Chirino, widow of the mayor, Luis Pernía, donated the Madre de Dios Church, part of the houses inhabited by the clergy of the Order of St Francis, so they could found convents. Subsequently, in 1551, it became one of the first major Educational Institutions of the province thanks to the existence of the Ancient University of Osuna and falling under the protection of the Dukes of Osuna. Finally, after the building collapsed in 1943, the main altarpiece was acquired by the Franciscan monks of San Buenaventura in Seville in around 1945. Today, it is the site of the Mercado de Abastos (wholesale market), with only the cloisters remaining, which is where the different stalls are situated. The sculptures, belongings and brotherhoods of Saint Francisco are found distributed among Osuna’s churches. The stalls in the market predominantly include fish, meat, fruit, vegetables and local products such as 1881 Extra Virgin Olive Oil. It is also possible to find […]

Productos Alimentarios Quesí is a family business which makes and sells 100% artisan goat’s cheese coming from its own livestock. This small family business controls its entire production process so it is able to guarantee the freshness of all of its cheeses and this is clearly reflected in its flavour and texture. Quesí was created in 2016 with a clear idea of a future project that finally came to fruition in 2019. After years testing, with their successes and failures, they have managed to remain firm and keep going with their initial project. 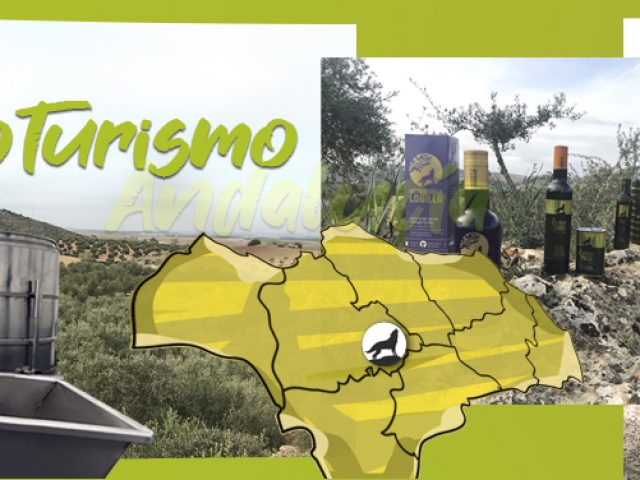 The Oleico Pallarés Oil Mill is a family company which produces Extra Virgin Olive Oil under the brand ‘Herriza de la Lobilla’. They offer ‘oleoturismo’ (olive oil tourism) experiences such as tours of the estate nestled in an idyllic spot, and subsequently the oil mill, perfectly suited to an audience with a high cultural and culinary interest. A unique experience in Seville’s Sierra Sur mountain range, in the heart of the Osuna countryside. You will have the chance to discover the secrets of signature Extra Virgin Olive Oil, where the quality is the essential goal and “contact” with the product is much more real.  Tours can be taken in Spanish and English. If you require a tour in another language, this can be offered provided you tell them in advance. They offer tours for groups (minimum of 4 people). Tours last for between 90 and 120 minutes, from Monday to Sunday. Book in advance via email or by telephone.  Watch video The visit consists of the following:  Estate tour Olive mill tour Internationally awarded and recognised Gourmet Olive Oil Tasting + gift