standard-title What to see in Carmona

Carmona possesses one of the most important ensembles of heritage to be found anywhere in Andalusia. THE ROMAN NECROPOLIS, one of the best known Roman sites in the Iberian Peninsula, is the only surving complex of its kind. The entrance to the historic city centre is dominated by two impressive structures: the ALCÁZAR AT THE PUERTA DE SEVILLA, a fortress of Carthaginian origin, and the PUERTA DE CÓRDOBA, which retains its original Roman structure. Another of the city’s principal monuments is the ALCÁZAR DEL REY DON PEDRO, a fortress built by the Almohads.

THE MANSION-PALACE OF THE MARQUIS OF LAS TORRES houses the CITY MUSEUM. There are numerous Mudejar, Renaissance and Baroque buildings. One of the most impressive architectural sights is the CHURCH OF SANTA MARÍA, considered the “cathedral” of Carmona, a Gothic structure standing on the site of an old mosque which still conserves its original Orange Tree Courtyard. Also of interest are the churches of SAN FELIPE, SAN PEDRO, SAN BARTOLOMÉ, SAN BLAS, EL SALVADOR and SANTIAGO and convents such as SANTA CLARA, LA CONCEPCIÓN, LAS DESCALZAS AND MADRE DE DIOS. 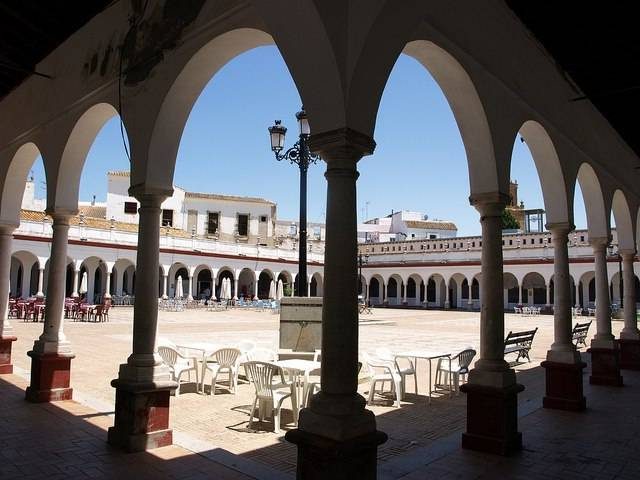 The market was built on the site of the former Santa Catalina convent, a 16th century construction that was knocked down in 1844 after having been abandoned following  the Ecclesiastical Confiscations of Mendizabal of 1835.

The Puerta de Sevilla is one of the most significant elements among Carmona’s rich architectural ensemble. Although archaeological remains have been found dating back to the 14th and 12th centuries BC, it originated in the 9th centur

The church has a basilica-style floor plan, comprising three naves surmounted by five ogival arches on pillars, covered with vaulted ceilings with lunettes in the central part and 18th century groin vaults at the sides, which conceal the original woode 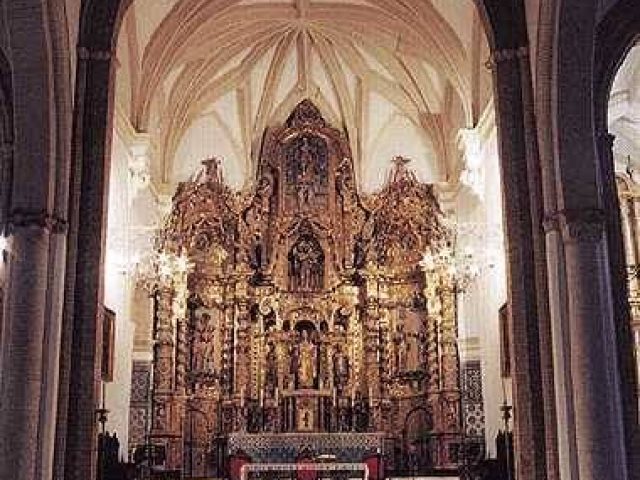 The Church was built in the 15th century, although it was decorated and transformed during the Baroque Period. The facade of the tower was finished in this period. The parish restoration was carried out in  1975.  The main altarpiece 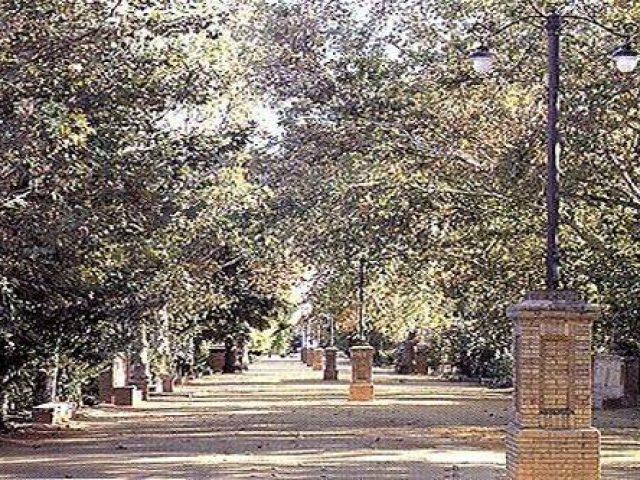 Construction started in 1794, but the current aesthetics were adopted in 1925, some years before the 1929 Ibero-American Exposition held in Seville. These transformations acquired the Andalusian regionalism style, influenced by architect Aníbal Gozález 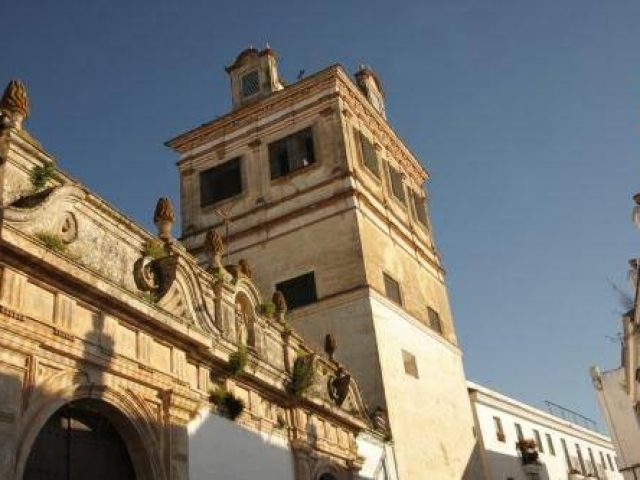 A cloistered convent for Franciscan Clarist nuns, which was founded by pontifical bull in 1460 and protected by the Duquesa de Arcos, Doña Beatriz Pacheco. Given the duration of the construction, it covers several architectural style 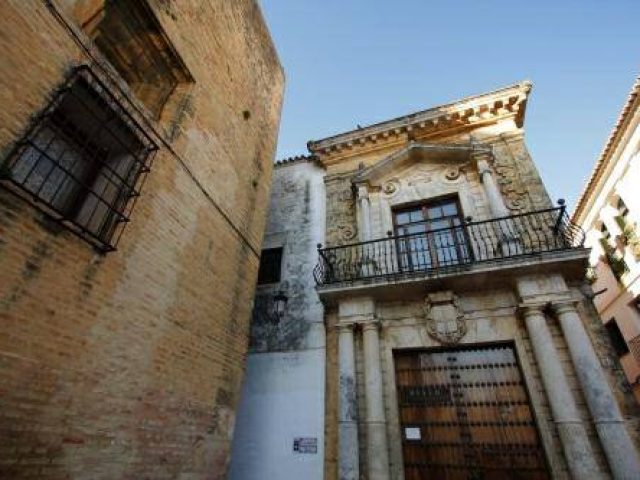 Marqués de las Torres palace is an example of Carmona’s 18th century palace architecture. It has an impressive portal, typical of Seville’s baroque period of the year 1700. It has two tiers: the lower tier has double Tuscan columns a

The Roman necropolis was discovered and excavated at the end of the 19th century thanks to Juan Fernández López and the archaeologist, Jorge Bonsor’s initiative. It was used between the 1st and 2nd centuries of our era. The Necropoli

The Las Descalzas convent is in the Plazuela del Marqués de las Torres and was founded in 1629 against Carmona town council’s wishes.It was not officially opened until 1748, the year that the town celebrated solemn fiestas for this r 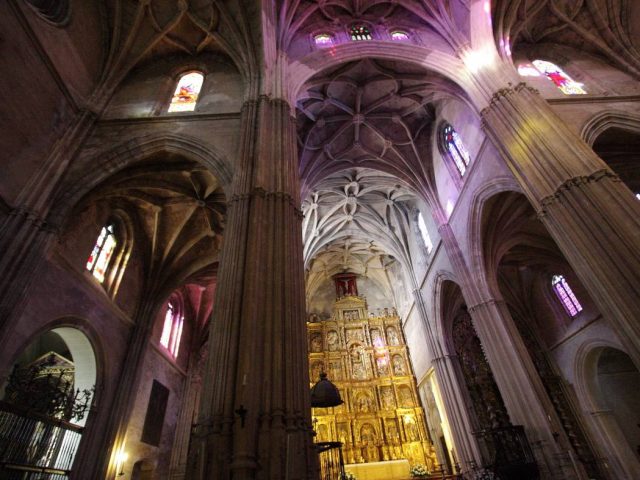 This is the town’s most important church. Its construction started in 1424 and was completed in 1551. It is Gothic in style, although it has undergone subsequent additions. The late 17th century Puerta del Sol and the Sacramental

During the Roman era, Carmona had four gates that allowed the walled city to communicate with the outside. Only two of them now remain: la Puerta de Sevilla and la Puerta de Córdoba. This is due to numerous, crucial battles that occurred on our land ov

The Plaza de San Fernando, also known as the Plaza de Arriba, is today a wide urban space where locals meet, offering a comfortable setting to enjoy the town’s breeze, rest, wander and chat with friends. It is the heart of Carmona’s every day life, and ha

Located in a building that constituted the former conventual residence of the Jesuits. Construction of the convent concluded in 1621. Following Carlos III’s Pragmatic Sanction, the Jesuits were stripped of their assets in the town, and the college therefo

The Roman amphitheatre dates back to the 1st century BC. Its excavations started in 1885 under the management of Fernández López and Jorge Bonsor. Part of the cavea or seating area are below the level of the Roman road (the ima and media cavea). According

Seemingly fortified in Roman times, this enclosure acquired its shape from the Moors and definitively with Pedro I, who restored it during the 12th century, transforming it into one of his favourite residences. It consists of two spaces, one inside the ot