In Cabra’s surrounds is the Sierra de Cabra, which forms part of the Parque Natural de las Sierras Subbéticas. The highest peak of this range is known as “El Picacho”, which is 1217 metres high. Along with the extraordinary views that it offers, it is considered as being the Balcón de Andalusia – Andalusia’s balcony. This area offers interesting landforms such as the Lapiaz de los Lanchares.

Virgen de la Sierra Chapel is in the middle of this park, atop Cabra’s highest peak. Several pilgrimages take place here during the year.

The Vía Verde del Aceite passes through Cabra, and follows the Tren del Aceite’s path (the olive oil train). It is an excellent path for hiking, bike routes and even horse riding. The trail is 58 kilometres and links Lucena, Cabra, Doña Mencía, Zuheros and Luque. The reference point for this vía verde in Cabra is the Centro de Interpretación del Tren del Aceite (the olive oil train interpretation centre). It is a museum space that recreates the history of the railway opened in 1893 and offers bicycle rentaland a restaurant.

Bird watching is another popular activity that is practiced in the Sierra de Cabra, where majestic griffon vultures soar above hikers and bikers.

A children’s adventure park with a range of fun attractions for all ages. There are also numerous animal, cartoon and superhero statues. 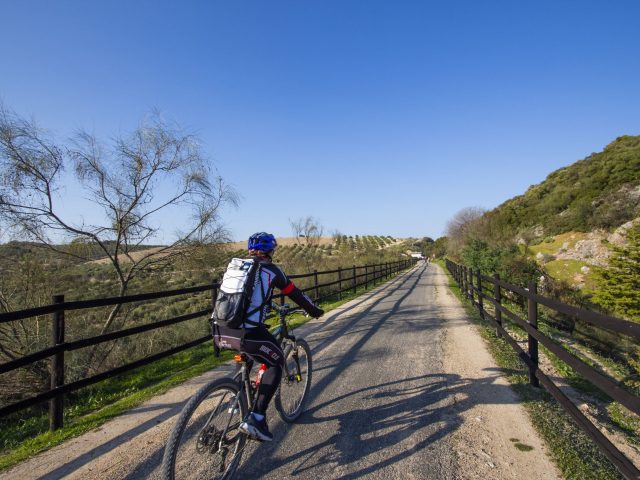 Thanks to its location, the town of Cabra is characterised for its fertile land and an abundant water supply. This is due to its location in the bastion where the Cabra river meets the Chorrón stream, and important springs. Therefore, Cabra is a town with an agricultural tradition, with a history which is closely linked to crops. This age-old tradition of farming and livestock, of irrigated horticultural land and fruit crops, and also olive groves, rainfed fruit trees and extensive livestock farming, is deeply rooted in its society. It continues to survive as an inseparable part of the economy, culture and landscape of the town. Nowadays, the whole of the town of Cabra is irrigated land, suitable for growing crops.  You can visit these crop fields, which are located within the town, on Senda del Caz, as well as purchase the products through Hortinehf (957 520 318). 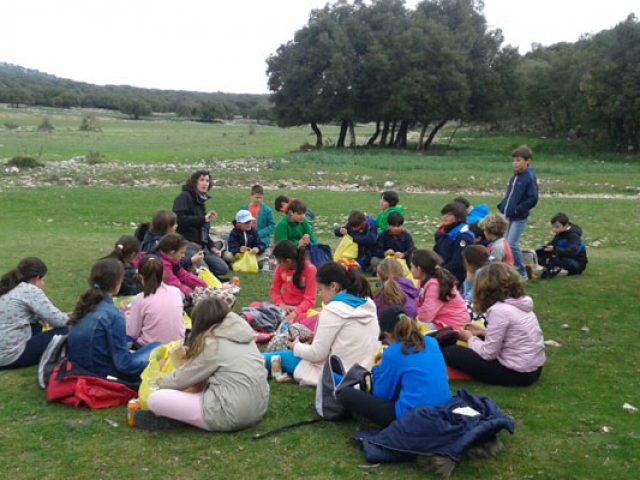 Explora Natura, is a school of naturalists located in the towns of Cabra and Priego de Córdoba in the Cordoba province. Exlpora Natura’s aim is for visitors to be closer to their immediate environment, including Environmental Education, observation, exploration, learning through discovery and, ultimately, recovering the old fashioned ways of having fun as a child. It also offers hiking tours, photography of wild flora and fauna, photography hides, among other things.  Activities are offered to individuals and groups:  Book in advance over the phone.  Languages: Spanish, English.  COVID-19 safety measures: HIDES: Only one person per photographic hide. Hydroalcoholic gel available and cleaning is carried out before and after the session with disinfectant. WORKSHOPS: Social distancing between participants from different households. Hydroalcoholic gel available and cleaning is carried out before and after the workshop in areas that require it. ORNITHOLOGICAL ROUTES: Participants should use their own cars where possible to prevent the use of buses. COVID-19 conditions of the visit: Safety and hygiene regulations required by the State must be adhered to, without any exceptions, and the maximum permitted capacity will not be exceeded.

Jurassic Cabra Visitor Centre displays up to three thousand examples of different fossils. They were donated from individuals’ collections, such as the local monk, Guillermo Triano, who recovered them over the course of decades during his outings to the countryside. Jurassic Cabra is located in a large hall in the town’s Municipal Centre. It also houses a small laboratory for observing samples under the microscope or making fossil moulds. The visitor centre is just two hundred metres from the Vía Verde del Aceite hiking path.

This farm is right in the heart of the Sierra Subbética natural park, and offers guided tours, hiking, tours of the Purebred Spanish stud farm and Andalusian Black cattle ranch. It also sells organic meat, known for its unique flavour. Please note that tours should be arranged in advance. Contact person: Amalia Valenzuela. 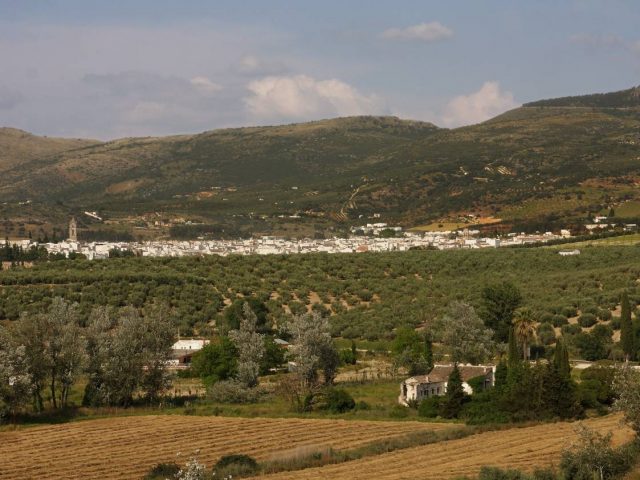 In 1929, the Sierra de Cabra was declared as a natural site of interest. Its highest point is known as El Picacho and is 1217 metres high.El Picacho is believed to be the “Balcony of Andalusia” and boasts spectacular views of the Subbética’s most important summits and also the Sierra Nevada mountain range. Griffon vultures and black wheatears in flight can be spotted from El Picacho. Mastic, retama and rosemary are the most common vegetation species. This Sierra offers interesting landforms such as the Lapiaz de los Lanchares. 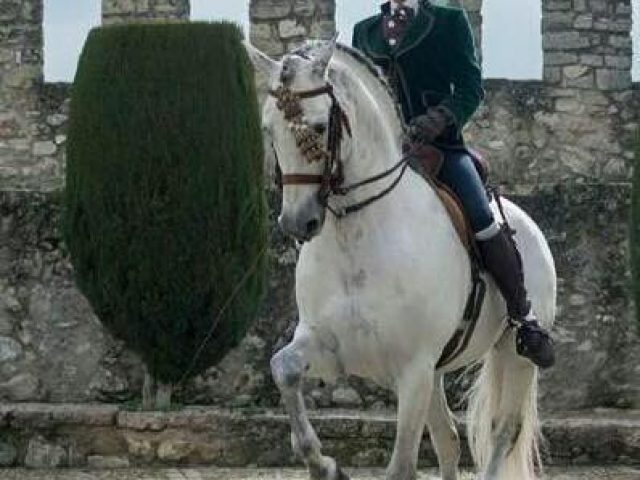 A horse riding school that offers its clients everything they need to gain the most from the world of horses. It offers a range of services including breaking-in and horse riding classes, routes on horse back and saddlery courses. It also offers rural house rental and bodega available for events.

The Sierras Subbéticas natural park has been classified by UNESCO as a Geopark. It is a protected space with great ecological and scenic wealth and has a surface area of 31 568 Ha covering the towns Cabra, Priego de Córdoba, Carcabuey, Doña Mencía, Iznájar, Luque, Rute and Zuheros. This mountainous area’s most characteristic feature is its beautiful limestone Karst landscape. The land, made up of sharp slopes and hills, rises above breathtaking, narrow valleys. The typically Mediterranean vegetation is rich in holm and gall oak, as well as maple trees and hackberries. The most outstanding landscapes are found in the Sierra de Cabra. Its highest peak is El Picacho (1217 m) and is known as the “Balcón de Andalusia” (Andalusia’s balcony). The peaks la Tiñosa (1570 m) and Bermejo (1476 m) that form part of the Sierra de Horconera close to Priego de Córdoba, provide a wonderful setting. There are many hiking and mountain trails in the Sierras Subbéticas natural park, such as the Vía Verde de la Subbética.It can be carried out on foot, by bike or on horseback and is the perfect way to take in this ecological space’s unique beauty and learn about its wide variety of flora and fauna. There are also many opportunities to spotgriffon vultures, golden eagles and Bonelli’s eagles, as well as the […] 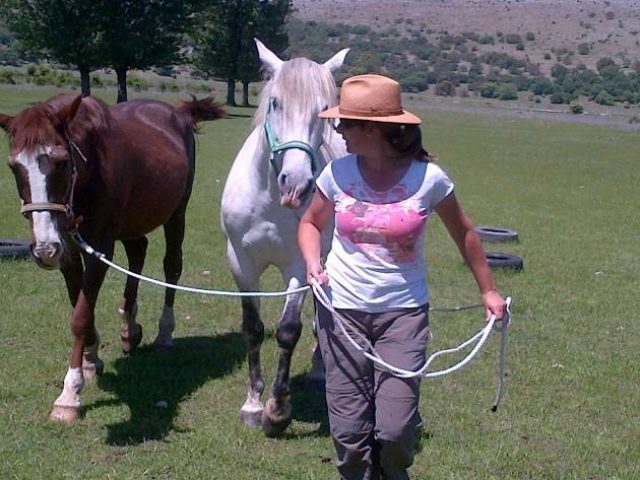 Carmen Valenzuela of HORSENSE www.horsense.es offers seminars, activities and programmes for equine-assisted personal development in the exceptional environment of the Sierras Subbéticas natural park in Cabra. The following activities are on offer: – Horse whispering: 4 hours. Groups of participants practice communicating with horses in the freedom of a large area of land and carry out exercises without having to saddle up. – Living Experience, company events “Equine-assisted leadership”: 8 hours. A made-to-measure training programme for individuals or companies, which is intensive, fun and high impact. It includes Exercises and different models on leadership, authentic communication, setting objectives and overcoming obstacles. Lunch included. – Summer, weekend, Christmas and Easter camps: Emotional education and horse riding for children and teenagers. 8 – 16 years and 16 – 18 years. Four hours a day for several days, pupils will learn to recognise and deal with emotions with the aid of horses. Small groups of 10 to 15 children and/or teenagers. Breakfast included. All activities are carried out at the Finca la Atalaya in Cabra (Córdoba) and are available in several languages: English, French and German. Please note: In the event of rain and/or intense cold, the activity will be held in the covered riding school at the same […]