standard-title Nature and landscapes in Baena

Located in the Guadajoz-Campiña Este region, Baena’s history is linked to the river Guadajoz, which cuts across the district from the southeast to the west, and its tributary, the river Marbella, that runs through the town centre. The town has a rich natural heritage, which is influenced by human activity, as well as the water and ground’s peculiar composition (brackish waters and limy soil). This combination gave way to a landscape, which decisively influenced its flora and fauna, including elements such as the Cueva del Yeso, and the Quinta and Rincón del Muerto lagoons, both of included in the Andalusian Wetland Plan and the Vadomojón reservoir.

The Cueva del Yeso, currently in the process of becoming accessible for tourism, is 8 kilometres from Baena, in the area known as Puente de la Maturra. This cave, measuring 2562.7 metres, is the best example of this type of natural structure in the province of Cordoba, being the third largest gypsum cave in Andalusia and the fourth in Spain. It is home to five species of bat and various rare shrimp species that can only be found in this cave.

There are some very ecologically important lagoons in Baena, as they are a place where migratory birds rest and reproduce, meaning that they are ideal for avid birdwatchers. Laguna de la Quinta is located on the road that goes towards Fuentidueña. A large number of grey herons and pink flamingos can be seen here. The Laguna del Rincón del Muerto, which is 500 metres away from the previous lagoon, is where aquatic birds go to rest, reproduce and feed. Black-winged stilts, western marsh harriers, grey herons and flamingos can be spotted here.

The Vadomojón reservoir was opened in 1988 and has given rise to the formation of a new ecosystem. This reservoir, which borders with the provinces of Jaén and Córdoba, has a capacity of 163hm3 and a surface area of 782 ha. It is one of the most important reservoirs in the Gualdalquivir basin. It has meant that nautical sports and fishing can be practiced in the area, and has even become one of the most important fishing scenes in the province of Córdoba.

Baena’s hiking trail is called the Vía Verde Guadajoz-Subbética and is the perfect way to be in direct contact with nature. It leaves the town centre, ascending to Baena’s old train station, and follows the old railway except for some sections that are now taken up by the N-432 road.  It can be completed by foot, on bike or on horseback, and reaches the Estación de Luque (Luque station) where it connects with the Vía Verde de la Subbética. 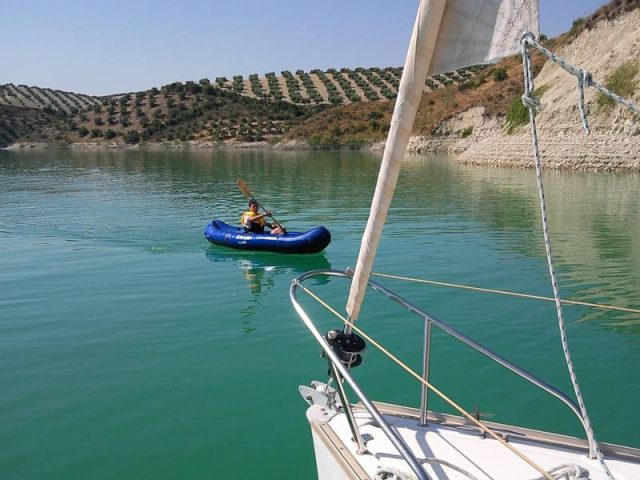 The Vadomojón reservoir is one of the most important in the Andalusian basin. It has a capacity of 163 cubic hectometres and a surface area of 782 hectares and is located in the Albendín district,Baena. The reservoir is used to control the volume of water in the Guadajoz and Guadalquivir rivers. Some of the water is also used to irrigate the olive groves. There is a jetty and picnic area with a kiosk on the Vadomojón, as well as the installations used by the nautical club, with a pit for cleaning boats. The reservoir brings us into direct contact with the countryside and nature: the water separating the olive groves is one of its most appealing attributes. This almost virgin water is navigable, with nothing but nature for the eye to see: no buildings, electricity pylons or roads. Only nature can be heard. Vadomojón reservoir is not only a beautiful setting, it is also one of Córdoba’s most important recreational fishing locations, as it is home to large fish populations, among which are barbel, carp, black bass and trout. Nowadays, it is one of the most important fishing scenes in the province of Córdoba. 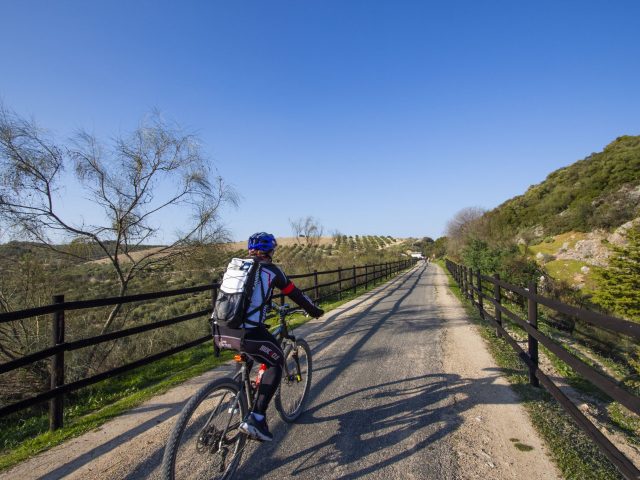 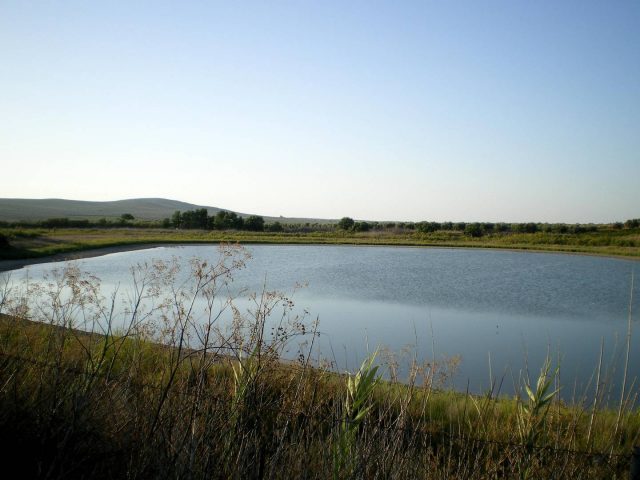 This lagoon is included in the Andalusian Wetland Plan, and is a very important resource ecologically, as different species rest, feed and reproduce there. It is close to the Quinta lagoon, with which it shares the basin’s lithological nature.It is mainly filled by rainwater; maximum precipitation is in November and December. The lagoon often dries up during summer months due to the high temperatures. Black-winged stilts and avocets can be spotted as well as aquatic species such as little ringed plovers and mallards that reproduce in the wetland.Several birds can usually be spotted, such as: pink flamingos, buzzards, grey herons, white storks, Eurasian spoonbills, gadwalls, garganeys, Eurasian coots, common redshanks, common sandpipers, Kentish plovers, black-headed gulls and black terns.This wetland is used by steppe birds, such as Eurasian stone-curlews and Montagu’s harriers, to reproduce during the dry, summer months. 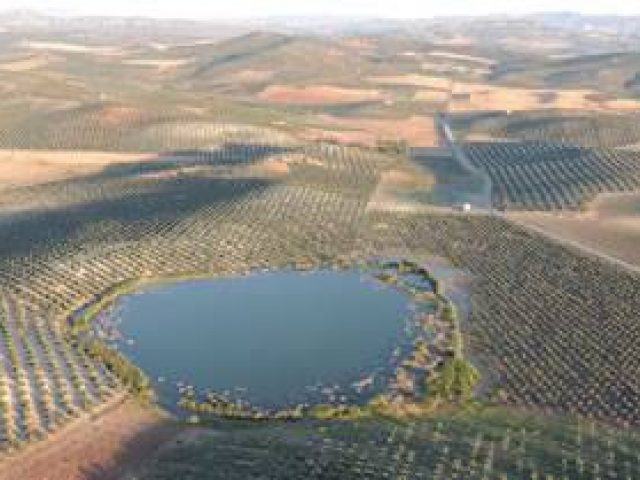 This lagoon is included in the Andalusian Wetland Plan, and is a very important resource ecologically, as migratory birds rest, feed and reproduce there. The lagoon receives 70% of rainfall during autumn and winter, reaching maximum precipitation in November and December.Given sparse rainfall and the high temperatures during the summer, the lagoon tends to dry out during summer months. Many endangered bird species can be spotted here, the most remarkable being the white-headed duck and red-knobbed coot. Other species that reproduce in the wetland are: little ringed plovers, mallards, common pochards, common moorhens, Eurasian coots and little grebes. Other types of species can often be spotted, such as pink flamingos, buzzards, squacco herons, little egrets, grey herons, purple herons, white storks, Eurasian spoonbill, gadwalls, garganeys, northern shovellers, red-crested pochards, ruffs and common redshanks, among others. 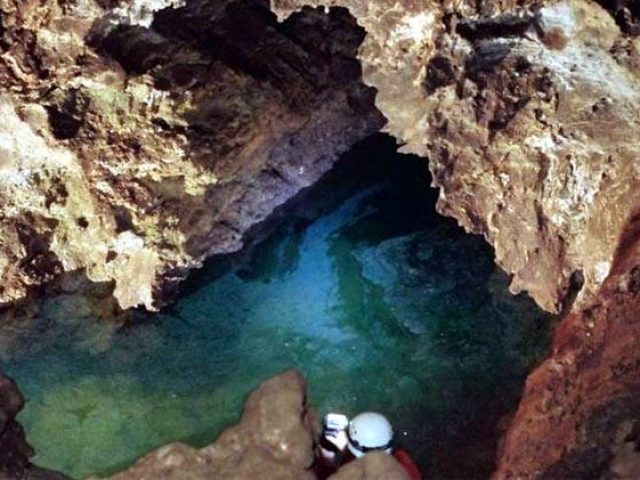 The Cueva del Yeso is the only cave in the Valle del Guadalquivir, whose waters originate in Córdoba.It is considered the fourth largest cave in Spain and the largest in Córdoba. The Cueva del Yeso (gypsum cave) is impressive as it accommodates a large breeding colony of endangered bats.Furthermore, several species of prawns have been found to only live in this cave, following research by European, Canadian and Chilean experts. This cave consists of two levels and can be accessed through several lakes, where a cavity of up to 12 metres deep can be observed. The cave’s less accessible part will be restricted so as to protect the large bat colony. The Cueva del Yeso is 8 kilometres away from Baena, within the town’s borders, and is accessible from the Puente de la Maturra. Visitors can take part in guided tours of the cave or perform adventure sports. You can visit in groups up to ten people. Registrations by phone number: +34 957 671 757.